In horseback riding there is so much lingo. We basically speak a different language. One that I always get hung up on is the difference between the cross-canter and the counter-canter, so I thought I would do a post on it. The canter is a three-beat gait. When you’re on the correct lead the outside hind hoof is where you want the transition to start. From there the next beat of the stride is a diagonal pair of the inside hind and the outside front. It finishes with the third beat: the inside front leg. Sometimes these beats get out of whack. Either it’s still a three-beat gait but the beats are in a different order, or the beats are in order but on the wrong lead.

The cross-canter (also known as cross-firing) is when the beats get out of order. The trick to seeing this is that instead of there being a diagonal on the second beat, the outside legs move together (or the inside if the horse is also on the wrong lead). If your horse does this it’s important to bring them back down to a trot and ask them for the correct stride. Typically if a horse is cross-cantering they are off balance. If this is the case it’s important to get your horse balanced, but it’s also important that the correction comes for you.

The counter-canter is when the beats of the stride are in the correct order, but on the wrong lead. Instead of the inside front leg being the last beat of the stride it’s the outside front leg that is the last beat. If this happens, you should again bring the horse back down to the trot and attempt the transition again. This is again often a balance problem, though it can often be a strength problem as well. Either way, the correction should again come from you.

In the image above Willa’s on the correct lead and the first beat of her stride. The outside hind hoof is striking the ground, while the other three legs are still in suspension.

Now you know! The difference between the cross-canter and the counter-canter. Good luck with your future cantering efforts! 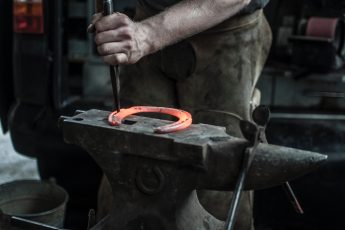 When Your Farrier is in High Demand 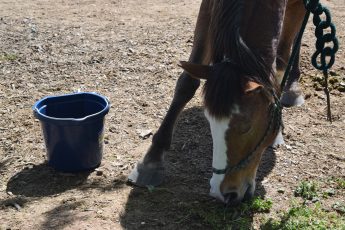 Three Signs of Dehydration in your Horse 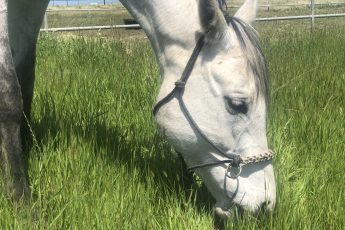